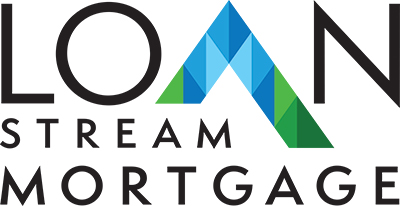 Stocks – Stocks opened higher following the Fed’s new inflation approach as spending and inflation rose in July, indicating a pickup in consumer activity. The S&P 500 is on track for its biggest weekly gain in nearly two months after another record close on Thursday. Gold rose 1.6% after the Fed’s proposed policy shift as a longer period of lower interest rates is expected to weigh on bond yields. Japanese stocks fell and the yen surged against the dollar on news that Japanese Prime Minister Shinzo Abe will resign due to health reasons. Walmart shares were up 2.3% after announcing that it has partnered with Microsoft to bid for the U.S. operations of TikTok.

Treasury – Bond pricing has slightly improved this morning as treasury yields attempt to stabilize from changes in Fed policy. The 10-year U.S. Treasury is currently yielding 0.736%. Consumer spending slowed in July as virus cases increased. Overall, U.S. spending saw a 1.9% gain from the prior month, slightly better than expected. Personal income rose 0.4% in July as portions of the economy continued to reopen. Yields rose yesterday with Investors processing a new Fed policy that would let inflation run hotter, and news that the Fed did not want to commit to buying more longer-term Treasury debt at this time.

MBS – Lower coupon Fannie 30 year MBS stayed on track with the sell-off of the 10 year Treasury yesterday. Higher coupons outperformed the 10 year by 2-4 ticks. Lower coupon Ginnies lagged 1-2 ticks, while higher Ginnies closed 2-4 ticks ahead of the benchmark. Fannie 15 years were also mixed with the 2’s closing 2 ticks ahead, and mid coupons tracked the 5 Year’s gain in yield. Trading remained active with $244 exchanging, including $21 billion in Specified Pools. Disaster Declaration for the State of Kentucky – Update #4

The Federal Emergency Management Agency (FEMA) has issued a major disaster declaration for the State of Kentucky due to severe Storms, tornadoes, and Flooding from December 10, 2021, and continuing. Disaster Declaration for the State of Colorado – Update #1

The Federal Emergency Management Agency (FEMA) has issued a major disaster declaration for the State of Colorado due to sustained damages from the Marshall Fire from December 30, 2021 and continuing. Non-QM ARMS to Transition from LIBOR to SOFR

LoanStream will transition from the LIBOR Index to the Secured Overnight Financing (SOFR) index for our NanQ (Non-QM) adjustable-rate mortgages (ARM) programs.